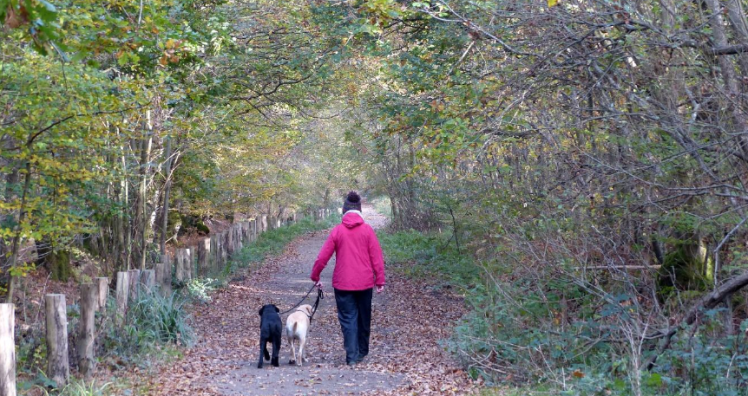 On Saturday, 12th November we held a consultation meeting for those local to the Vert Community Wood in Laughton Parish Hall, which was attended by 15 people including 4 members of our Steering Group. The meeting was publicised in Parish Magazines, in local shops and immediate neighbours of Vert Woods were given personal invitations. Attendees included representatives from Laughton, Ringmer and Chiddingly Parish Councils; neighbours in Park Lane and other interested Laughton residents.

Christine Meadows presented a PowerPoint slide show of the draft Woodland Management Plan, which will be submitted to the Forestry Commission in the New Year.  This was not only a great opportunity for everyone to see what is planned but also to make observations and suggestions, to raise concerns and to hear how they might get involved.

A pdf of the presentation can be downloaded here.

The aims of Woodland Management Plan are informed by the Mission Statement, which reads: ‘Our mission is to create and maintain an inspirational working Community Woodland that puts Nature at the heart of decisions. We seek to establish a self-sustaining and thriving woodland culture that connects people with the natural environment, now and into the Future.’ In other words, the natural environment, its care and well-being, comes first in any plans we have for the woodland. Human involvement will be low-key and non-invasive.

There was general approval for the plans put forward for the woodlands.  The need for management to improve and conserve the habitat was accepted.  Concerns that were raised were more about the peripheral effect of the existence of a Community Woodland.  By creating a beautiful resource in Vert Woods, there will inevitably be more people drawn to the locality.

So, the main concerns raised were:

– additional car movements on Park Lane. Already the residents are feeling the pressure of a lot of passing traffic using the road as a cut through, not only causing damage to the verges but potentially resulting in accidents.  This increase in traffic may well be due to the rise in the use of SatNav, which directs drivers down side roads to cut journey time and avoid congestion.  A double-edged sword! The reality of increased traffic is an issue that also affects Shortgate Lane, so there might be some value in joining forces with Shortgate Lane residents in tackling this problem. A meeting between affected residents, the Parish Council and East Sussex County Council Highways Department may be the way forward.

– provision of car parking.  There is no doubt that everyone would prefer cars to be parked off the road and would therefore support the provision of car parks but those who lived through the anti-social behaviour at the old Vert Lane car park stressed the difficulty of dealing with the residents who occupied it.  There is a real need to avoid this situation recurring.

– fires, especially for those who own houses around the edge of the flammable conifer wood.

– deer – where a reduction in numbers to sustainable levels would be supported.

– lack of any indication that this is a Community Woodland with constraints on its usage eg. no fires, no camping, no unauthorised shooting, no 4-wheeled drives.  We recognise that some sort of signage is required.

– trees over-hanging road.  This will be addressed by a Tree Safety Survey to be undertaken around the entire boundary of the Community Woodland.

It needs noting that some of these suggestions – provision of car parking; signage; work arising from the Tree Safety Survey; deer culling etc all cost considerable sums of money.  Until we are properly constituted as a Community Benefits Society and are in a position to apply for grants, we do not at present have the resources to carry these out.  We are fortunate to have Plumpton Agricultural College using the woods for their Forestry Courses, which at least means great progress is being made in restoring the actual woodland.

There will be another opportunity to find out more at our next Public event on Friday 27th January, in Laughton Parish Hall, when we will be presenting “Vert Woods: Past, Present and Future”. We have been lucky enough to have a Woodland Trust volunteer, Hilary Hinks, gleaning the historical information which will constitute the ‘Past’ aspect of this evening’s entertainment!

Our mission is to create and nurture an inspirational Community Woodland that puts Nature at the heart of decisions. We seek to establish a self-sustaining and thriving woodland culture that connects people with Nature, now and into the future.

Our thanks to Plumpton College for their generous assistance